Sunset in the U.P.

A few pictures of a gorgeous sunset taken from my sister's backyard. I always find it amazing when it it still even somewhat  light out past 10:00pm. :-)

An Evening of Zydeco Music

Another great evening, if a little hot & muggy, for a Greenhills Concert on the Commons, this time featuring an old favorite returning after a few years absence; Robin Lacy & DeZydeco! After an opening act, Watershed, played for about 20 min, Robin and the band played a straight 90 minute set of wonderful Zydeco music, an interesting and entertaining mix of music from SW Louisiana, combining Cajun, rock, R&B, and other genres.
Posted by hugh57.com at 10:19:00 AM No comments:

Of course, Greenhills isn't the only community in the Waycross area that has concerts; Colerain Township has the Sizzling Summer Entertainment Series, which Friday night featured Ooh La La & The Greasers, a classic rock band that entertained a large and appreciative crowd gathered at Colerain Park. Another beautiful night, though the heat and humidity is starting to inch up, making feel, I guess, just like summer.
Posted by hugh57.com at 1:00:00 AM No comments:

Cold Smoke - Concert on the Commons

It's summer, and the Greenhills Concert on the Commons is back! Aside from absolutely gorgeous weather (clear, about 80 degrees, and low humidity) this week featured Cold Smoke, a 50's and 60s band who entertained the crowd with pop and blues. Also featured during the intermission was a Mystery Guest who gave a tribute to Roy Orbison.

And as usual, Waycross and its award winning crew of volunteers was there to bring all the music to those that, for whatever reason, couldn't make it to the concert. Next up: Robin Lacy & DeZydeco on June 20th, 7-9pm at Greenhills Commons. If you're in or near Greenhills, come on out!
Posted by hugh57.com at 1:31:00 AM No comments:

Bozinis Roll on the River

As per Bozini custom, the Bozini clan held their quarterly Birthday Dinner Sunday night, this time at The Moerlein Lager House, next to Great American Ball Park. According to a floor plaque inside the restaurant, it is located where first base of the late Riverfront Stadium was, where Pete Rose stood for several minutes after tying Ty Cobb's record.

After a delicious dinner, we spent some time at the new Smale Park, waiting until sunset for the lights to come on for the waterfalls. Got some great shots of the falls and of the Roebling Suspension Bridge, which you can see more of here.
Posted by hugh57.com at 3:26:00 PM No comments:

Blue Chips at The Redmoor

I was on the production crew Wednesday night for the 2012 Blue Chip Cable Access Awards, held at The Redmoor theatre on Mt. Lookout Square. I was given the anachronistically titled job of "Tape Operator"; actually, I was cueing up mpeg video clips of the winners entries for roll-in on a Windows XP computer. Another example of language failing to keep up with technology, much as when the hostess Denise Johnson said the we were "filming" the show for later playback.

A night of wonderful people (the Bozini clan) and some wonderful Italian food at Ferrari's Little Italy in Maderia, to celebrate the birthdays of Bob, Cheryl, Joan Sarah and Sharon. Happy Birthday to all! :)
Posted by hugh57.com at 1:12:00 AM No comments:

hugh57.com
I am an amateur photographer living near Cincinnati, OH and a longtime volunteer for Waycross Community Media, which provides public, education, and government access to the Cincinnati suburbs of Forest Park, Greenhills, Springfield Township, and Colerain Township. I am also an avid fan of science fiction novels (and, to a lesser extent, movies & television) and regularly attend a number of SF cons, mostly in the Midwest. This blog is intended to serve as a means to document changes and additions of pictures to my website, www.hugh57.com, though posts on other subjects may occur from time to time. 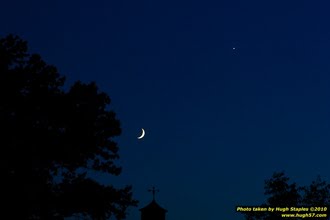